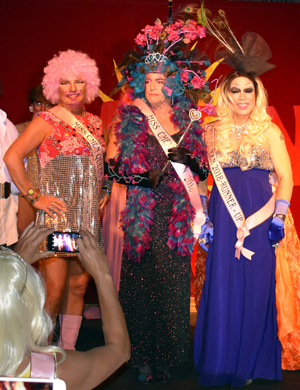 One of the more fun events of the week is the selection and crowning of Miss CMEN Queen.

At West Coast Gathering 2021 Aldo D, from Portland, OR, was crowned Miss CMEN Queen 2021. Jeff C. was the Mistress of Ceremonies once again.

Contestants dress in their “best dresses” and compete on-stage against each other based on their ensemble and they choose to perform either a talent number or responses to questions. Their speaking ability and personality are also part of judging.

Although the CMEN West Coast Gathering is an all nude event, participants who wish to express their more feminine side may elect to dress in women’s accessories or dresses for the Wednesday afternoon social hour and for the evening Miss CMEN Queen contest.

Many of the outfits are shared items that are available to everyone, allowing anyone interested the opportunity to compete in the Miss CMEN Queen contest.

For some, this is the first time to be dressed up in drag. Some believe it’s a way of both being gay and expressing a contempt for clothes in general. The contest also allows people who are otherwise too shy to be a part of the on-stage fun. 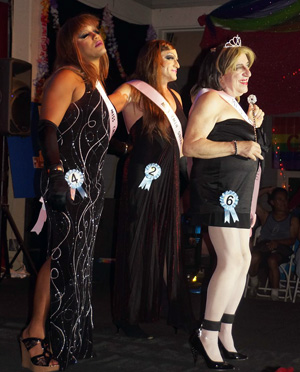 Note: we are working to update the missing information on this page. 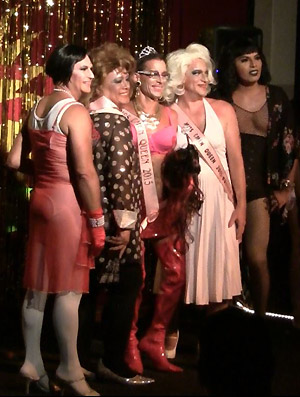 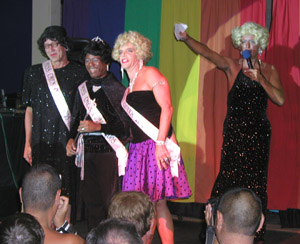 Photography By: Jim Mc Donald, Rick B. and Kyle Y.