In 2016 CMEN Leadership announced changes to the Mr. CMEN 2016 contest and title. During the Spring, CMEN members who had attended past gatherings were invited to nominate fellow members who they believed best:

Two contestants tied for Mr. CMEN 2016, Norm W. from Suffolk, VA and Charley B. from Los Angeles, CA. Norm was presented with his crown and sash at a coronation ceremony on Saturday, Sept. 3, Charley was presented his crown and sash later in the week. Jim M. and John H. served as Emcees, selection of the winners was made prior to the evening event by an appointed committee. 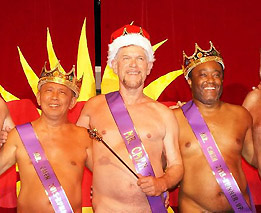 One of the highlights of West Coast Gathering 2015 was the Friday evening selection and crowning of Danny B. from Austin, TX as Mr. CMEN 2015, the man who best represents the spirit of gay naturism and the CMEN gathering.

DC B from San Francisco, CA was first runner up, Ken W from DeLand, FL was second runner up. Paul C, Mr. CMEN 2008 served as Master of Ceremonies.

Contestants were interviewed by a panel of judges prior to the on stage portion of the contest, questions determine their participation in and knowledge about the gay naturist community.

On-stage the contestants compete against each other based on responses to questions, speaking ability, physique and personality.

The contestant crowned Mr. CMEN represents CMEN at pride festivals and other events during the following year.

Note: we are working to update the missing information on this page for past contests. 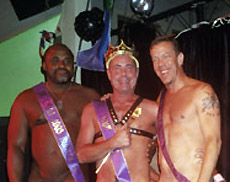 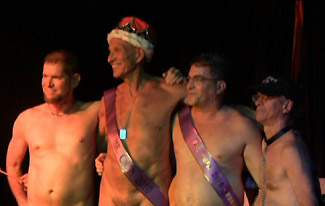 Other West Coast Gathering contests include: